[Los Angeles Times] Essential Politics: California’s new elections chief is ‘a sister who doesn’t back down’ 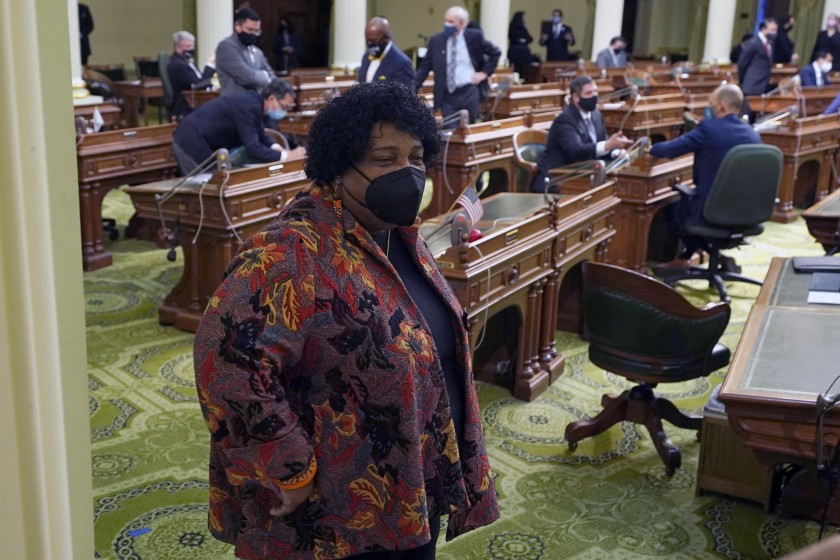 LA Times – There are probably dozens of men and women who attended San Diego State University and still remember the Africana studies professor who made it clear she expected to see her students wearing an “I Voted” sticker on election day.

That educator now has an audience of millions for her message on the importance of voting, starting her first week as California’s chief elections officer.

“You cannot be an intelligent person in my class and not be registered to vote,” California Secretary of State Shirley Weber says she used to tell her students. “I’ve always put voting as a central piece of social justice — in my classes, in my life.”

The 72-year-old Democrat, the first Black Californian to hold the office and only the third woman to do so, discussed the challenges that lie ahead in a conversation on Friday, just a couple of hours before taking the oath of office from Gov. Gavin Newsom.

‘We need to have your voice’

Few who have watched Weber’s eight-year career in the state Assembly will be surprised to see her bring a civil rights focus to the job of secretary of state.

“There hasn’t been a time in my life that I have not worked to register people to vote, to get people to the polls, to go in and out of churches and say, ‘Hey, you need a bigger turnout, we need to have your voice,’” she said.

It’s unlikely that Weber will chart a decidedly different course in the near future than that of her predecessor, Sen. Alex Padilla. She supports the state’s ongoing efforts to expand voting options beyond in-person voting on election day and said she also supports a proposal that cleared the state Senate last week to mail all voters a ballot for any special election held in 2021. (There are two special legislative elections expected this year, including one to fill her Assembly seat representing parts of the San Diego area.)

Weber also acknowledged her office may need to embrace a more proactive explanation about election processes and problems in the wake of a political season marked by false accusations of systemic voter fraud.

“I think being transparent is extremely important to help people understand, to have confidence in voting,” she said. “We’re going to be looking at our whole issue of community outreach — that’s more than just registering individuals, but really giving people correct information about what we’re doing.”

Weber is filling the final two years of Padilla’s four-year term and said she will seek election to the post in 2022. And while the secretary of state must fairly oversee elections, it is a partisan office. But Weber insisted the two are not incompatible.

And yes, Weber said, it’s true that she hadn’t really thought about serving in the post before being approached by Newsom’s staff not long before the announcement. But she said she’s committed to the work that lies ahead.

“This is a sister who doesn’t back down,” Weber said with a chuckle. “This is a woman that when it’s right, it’s right.”