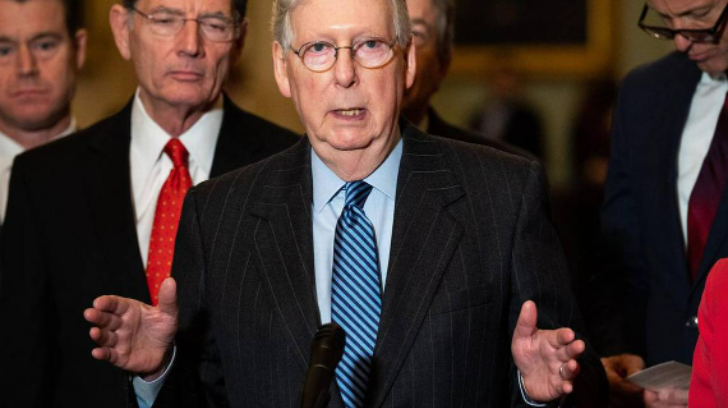 BY SHIRLEY N. WEBER SPECIAL TO THE SACRAMENTO BEE

In 1935, the United States Senate took up an anti-lynching bill. It wasn’t the first, and it wouldn’t be the last. The legendary segregationist Senator Richard Russell of Georgia staged a six-day filibuster to block it. Russell said he was “willing to go as far and make as great a sacrifice to preserve and ensure white supremacy in the social, economic, and political life of our state as any man who lives within her borders.” The white supremacists won; the bill failed.

Throughout his nearly four decades in the Senate, Russell — along with other vicious racists like Senator Strom Thurmond — weaponized the filibuster to stymie or weaken countless civil rights bills. Among them were bills that would have banned poll taxes, racial discrimination in hiring, and school segregation. Thankfully, Russell and his band of racists were unable to kill the historic Civil Rights Act of 1964, despite an epic 75-day filibuster.

Today, the filibuster is a breeze. Unlike in Russell’s days, Senators are no longer obligated to speak at all in order to filibuster a bill. In fact, they need not even be in the chamber. The filibuster — an unofficial tactic born of a mistake made by Aaron Burr — remains just as damaging today. Its latest casualty is S1, the critical “For the People Act.” On June 22, Senate Republicans lined up in opposition to the landmark voting rights bill, parroting Richard Russell and Strom Thurmond in claiming its violation of the amorphous “states’ rights” regarding elections. Foiled by a key tactic of the Jim Crow era, the Senate has officially missed a historic opportunity to combat the most aggressive attacks on voting rights since that time. We must end the legislative filibuster in the United States Senate.

I don’t come to this conclusion lightly. From 2012 to this year, when I became California’s 30th Secretary of State, I was a member of our State Assembly. As a lawmaker, I worked with colleagues from across the state and the aisle to pass critical legislation. I believe that great things can come from bipartisanship and compromise between well-intentioned leaders of all stripes. But I also arrive at this decision as a child of the Jim Crow South. I was born in rural Hope, Arkansas, the daughter of a sharecropper — a Black man who technically could register to vote but did not. He knew that putting his name on a registration form or stepping foot into a polling place would mean intimidation and possible violence — things that were nominally outlawed in loose terms that were never enforced. These practices are not relics of the past. We could see them put into practice again within the year in states like Georgia, Montana, Texas, and Iowa. The courts may not be able, or willing, to thwart the spate of voting restrictions spreading across the country. The Supreme Court’s recent ruling, upholding two discriminatory election rules in Arizona, bodes ill. Texas’ SB 7, which was stopped thanks to State Senate Democrats, but will likely be revived in some form soon, is a direct descendant of Jim Crow tactics. The bill would enable a resurgence of voter intimidation by “poll watchers” who could only be removed if their behavior crossed a very high abstract bar for “inappropriateness.” This shameless voter intimidation, spurred onward by false claims of fraud — and an erstwhile defense of “states’ rights” — isn’t even a cousin of Jim Crow laws, they’re twins.

I’m calling for the end of the Senate legislative filibuster as the chief elections officer of the largest state in the country, charged with ensuring free and fair elections for 28 million registered voters, and more every day. Even in California, where we, thankfully, are not seeing voter suppression laws in our legislature, there is work to do. I am dedicated to expanding the right to vote to former felons and increasing the transparency of our elections in order to ensure trust in our systems and beat back the spurious claims of fraud directed at our election officials across the state. But the federal government has a critical role to play. It is simply un-American that, today, someone could move from California to Georgia and see their most basic American right stripped away. We need federal legislation to guarantee equal access to the vote in every state. It is a testament to the potential of this nation that a daughter of the Jim Crow South is now the chief elections officer of California; it is a testament to America’s flaws that we may let many decades of progress on voting rights slip through our fingers. This is the eleventh hour for voting rights in America. It is time for the Senate to be bold, and for everyone who supports equal access to our democracy to stand strong in the name of our most basic American principle: one person, one vote.