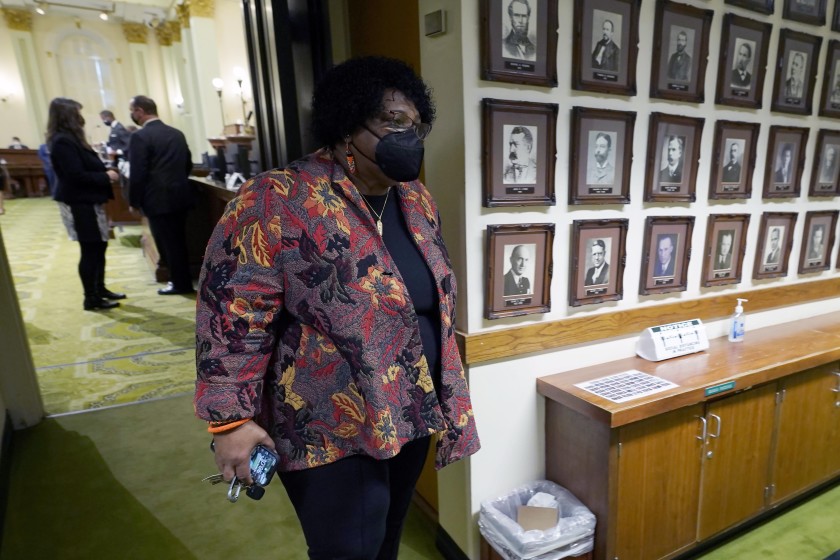 We are in a historic and dark moment for the vote in America today. Donald Trump and his allies’ relentless and baseless attacks on our democratic systems have had the intended effect: widespread, toxic mistrust. Leading up to Election Day, an October poll by UC Berkeley’s Institute of Governmental Studies found that 40 percent of the likely California voters who were surveyed doubted the election would be conducted fairly.

That mistrust did not grant Trump a second term. But make no mistake: its effects will outlast him. A recent report from the Brennan Center for Justice noted that in the past year, 43 states have introduced, filed, or carried over 250 bills to restrict voting rights. These efforts are based in false, racist allegations of voter fraud and election irregularities — using Trump’s lies as a pretext to deconstruct voting rights.

Those of us lucky enough to be elections officers have a solemn responsibility: to root out toxic mistrust, ensure transparency and continue to expand access to the ballot.

My father David was a sharecropper on the Arkansas farm where I lived the first three years of my life. In 1951, in the South, Black men knew not to register to vote — because doing so could get you killed. When he and my family had to flee the South and moved to California, among the first things he and my mother did was register to vote. They voted in every election they could. My daddy knew there was no hope in Hope, Arkansas, but there was hope in California.

We treasured voting in our house. My mother worked at, and later supervised, the local polls; when my elementary school no longer had space to hold elections, my mother opened up our living room in south-central Los Angeles.

Black Americans everywhere know how precious access to the ballot box is — because we have had to fight for it. And we have a long way to go, even here in California.

I am proud to say that in my four terms as a member of the California State Assembly, I led significant progress on expanding the right to vote. I served as a member, and later the chair, of the Elections and Redistricting Committee overseeing California’s elections and campaign finance laws for several election cycles. I also authored Assembly Bill 2466, which extended voting rights to people on parole — more than 50,000 Californians — and sponsored legislation to ensure those on probation and parole are aware of their voting rights and are able to cast their ballots.

Continuing to expand voting rights for Californians within and exiting from the criminal justice system will be a high priority for my office. We will oversee the implementation of this past November’s Proposition 17, which ensured Californians on parole have a right to vote — a continuation of my own legislation. We will also continue to increase investment in outreach and voter education programs to ex-felons — as far too many Californians are simply unaware of their own rights.

Additionally, our office will expand the successful reforms from the 2020 election that drove historic turnout and allowed communities to participate in our elections safely. Though the COVID-19 pandemic has tested our election systems and our ingenuity, California has harnessed the crisis to increase civic engagement — an achievement that deserves to be celebrated, and built upon.

My office will also work to improve transparency in our elections, lobbyist registration and campaign finance systems so that every Californian can make an informed decision about the issues, causes or candidates they support. We will also monitor and improve the Secretary of State Office’s cybersecurity policies to ensure our elections are protected.

It will take time and concerted effort to restore trust in our democratic systems, but I would not have taken the opportunity to become California’s secretary of state if I did not think such restoration is possible. California can continue to be a national leader in running inclusive, trustworthy and transparent elections — and our democracy needs a leader now, more than ever.