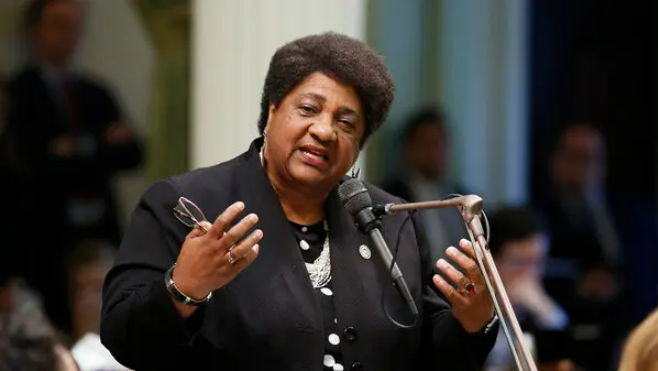 A conversation with Dr. Shirley Weber, California’s secretary of state, who was a leader in starting the reparations process.

When I was in the Assembly, Gov. Jerry Brown would always talk about the first governor of California — the statements he made, his actions. And that sparked me to carefully look at the history of California.

California is a place my parents escaped to from Hope, Ark. It was a better place to go, but there’s no panacea. There’s no perfect California.

Some of it may not have been written down, but there were things: Black people couldn’t get bank loans. There was redlining. You start to put it all in context.

And we’ve waited for Congress to take up this reparations bill for over 35 years. They just can’t move.

So I said, “Why am I constantly supporting this thing? Let’s do it ourselves.”

We’re such a huge state, with wealth, and we can be an example for others. We got the bill to form the task force passed out of both houses in four or five months, not 40 years. I think California can lead.